投稿者 Vincent 日付: 7月 27, 2017
White Club was an exclusive wine club in Switzerland. To cut the story short they organized prestigious diners with fake bottles. They were used to refilling bottles but some guests eventually realized it ...

Just for your pleasure, a couple of snapshots of bottles which were used a couple of times... (from
the Wine Spectator paper cited above)

Jancis Robinson's paper is quite interesting since she explains how the fraudsters used to sell real bottles and got friends with wine celebrities to gain credit and then sell fakes. JS was invited a couple of times by White Club, so she was somehow involved... Also note that critics Neil Martin claimed that he drunk the best Petrus ever at White Club though the Petrus 70 bottle he had was a fake!!!!! 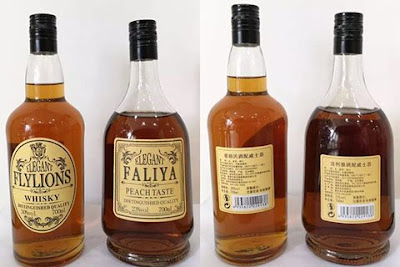